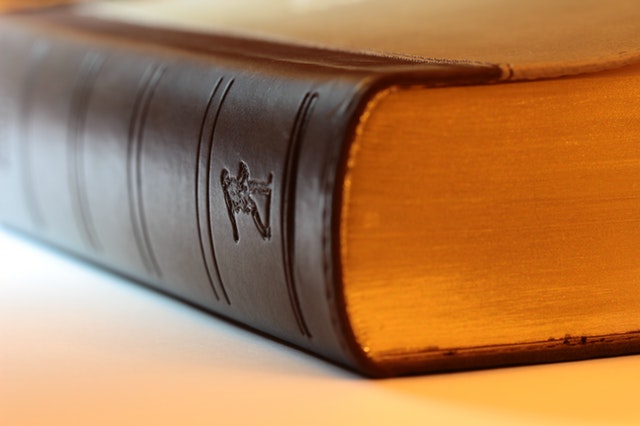 “Ms. Nappinai has brought to the book her extensive legal expertise in drawing from the legislative and judicial pronouncements from different jurisdictions.”

A strong proponent of civil liberties, Ms. Nappinai has been at the forefront in espousing the cause of liberty and Rule of law. Her focus, be it in handling litigations, writing (including in her book Technology Laws Decoded and articles) and training of judges and police, has been for upholding fundamental rights and principles whilst balancing victim rights. She has helped, opined on and given valuable inputs to Government Authorities at the Centre and State Government level and also for various Law Enforcement Agencies in the interpretation of laws and case laws towards better implementation and enforcement. Ms. Nappinai thereby balances and empathises with the need of Government Authorities whilst ensuring protection of individual rights and constitutional guarantees.

Ms. Nappinai espouses the need for stronger focus on victim rights through effective enforcement mechanisms. She believes that apart from the urgent need for responsible governance and responsible technologies, there is a growing need for focus on victim rights and effective enforcement. Ms. Nappinai’s contribution in several cases handled have resulted in landmark judgments and significant contribution to upholding of individual and victim rights.

Ms. Nappinai has undertaken several complex constitutional matters, apart from the standard statutory detention cases and Writs of Habeas Corpus. Her emphasis has been on protecting individual’s inherent rights and ensuring strict adherence of first principles with respect to fetters thereon.

• Amicus Curiae before the Supreme Court of India, in Re: Prajwala Letter dated 18.2.2015, “Videos Of Sexual Violence And Recommendations” (Suo motu Criminal W.P 3/2015), ((2018) 15 SCC 551), wherein she has championed the use of Artificial Intelligence tools for blocking uploading of heinous content such as child abuse or violent imagery of crimes against women;

• The recent case of Balu Gopalakrishnan v. State of Kerala & Ors., and other Writ Petitions filed therewith, where she successfully represented the Government of Kerala and addressed issues of data protection and privacy;

• Represented / assisted in submissions in support of Petitioners in Justice K. S. Puttaswamy v. Union of India & Ors. ((2019) 1 SCC 1), contesting the vires of the Aadhaar Scheme & Aadhaar (Targeted Delivery of Financial and Other Subsidies, Benefits and Services) Act, 2016 (“Aadhaar Act, 2016”) (India’s Identity number scheme and enactment), wherein she argued on the risks of unfettered collection and linking of data sets to only result in profiling but “Digital Ghettoization”;

• Represented before the Supreme Court in Krishna Bhatacharjee vs Sarathi Choudhury, ((2016) 2 SCC 705), in defining the interpretation under Domestic Violence Act, 2005, for calculating limitation, thereby helping several victims to seek remedies even after substantial time lapse;

• Represented several cases before Supreme Court of India and High Courts in cases pertaining to Sexual Harassment of women at Workplace including in the case against the Chairman & Managing Director of National Aluminium Corporation (“NALCO”), a Bhubaneshwar based public sector company (https://www.rediff.com/money/2004/feb/13nalco.htm);

• Represented successfully in a public interest litigation initiated against the conduct of television lotteries in violation of the Lotteries (Regulation) Act, 1998;

• Representing in a Public Interest Litigation questioning the conduct of Timeshare Companies and violation of SEBI Act, 1992;

• Represented a Movie Production Company in defending its entry to the Oscar Awards, USA, which resulted in amendments to guidelines for choosing films for Award submissions;

• Represented in cases contesting release of Movies on grounds of harm to religious beliefs to damage to personalities;

• Successfully representing in a Pro Bono brief, retired Airline employees, many of whom were blue collar workers, in defending their vested right to pensions and contesting retrospective modifications thereto;

• Represented in several Habeas Corpus Petitions including those pertaining to Statutory Detentions;

She has written seminal articles in international and national publications on Constitutional issues ranging from Constitutional guarantees and law enforcement; Criminal jurisprudence and interpretation of laws; opposing death penalty and the need for rehabilitation through prayaschitta and the most importantly on the need for focussing on Victim Rights.

Ms. Nappinai was the pioneer for India, in enumerating the need for data protection and privacy, through her incisive articles, and also on emerging technologies and the need for regulations including for blockchain, cryptocurrencies, AI and Automation and robotics and social media, to name a few.

Some of these articles are listed hereunder:

• “Indian Women must get justice and it must be timely. But vigilantism is anathema to both justice and democracy”- Times of India – 2019 (https://timesofindia.indiatimes.com/blogs/toi-edit-page/indian-women-must-get-justice-and-it-must-be-timely-but-vigilantism-is-anathema-to-both-justice-and-democracy/);

• “Tackling Women’s Freedom and Unfreedom online- through law and Technology”- IT For Change – 2018;

• “Bitcoins and the cryptocurrency conundrum; Budget tries to provide an answer but falls short of definitive stand”- The Times of India – 2018; (https://blogs.timesofindia.indiatimes.com/toi-edit-page/bitcoins-and-the-cryptocurrency-conundrum-budget-tries-to-provide-an-answer-but-falls-short-of-definitive-stand/);

• “Understanding hacking from a legal point of view”- The Livemint- 2017
(http://www.livemint.com/Technology/niYSp2AfvmF0EKHfzwpIwN/Understanding-hacking-from-a-legal-point-of-view.html);

• “Cyber Laws Part I: How internet has become a crime scene” – The Economic Times – 2017 (https://economictimes.indiatimes.com/tech/internet/no-one-is-safe-how-internet-has-become-a-playground-for-cyber-criminals/articleshow/61418856.cms);

• “Journey of a JV” – Overview of entry level issues in India in the Alternate Energy Resources Sector – Steinbeis – 2014;

• “Of Bails & Bonds” – Perspective in the light of Kejriwal Bail issue – firstpost.com – 2014 (http://m.firstpost.com/india/did-magistrate-errkejriwal-bailbond-case-absolutely-not-1544877.html);

• “Decrypting Encryption Laws of India” – International Association of IT Lawyers – 2010;

• “Data Protection & Privacy – The Indian Paradigm”: published in English & Japanese on the Website e-chishiki.com & in the Japanese publication “Rainbow Bridge” – 2008;

• “Is theft a Crime?” – an article on data theft under Indian Cyber Law, published in the Economic Times (a leading Indian Financial Newspaper);

• “Gender Justice & the Law” – For a Corporate Publication;

Ms. Nappinai is a frequent speaker and trainer at the National Judicial Academy, Bhopal and National Police Academy, Hyderabad and also other judicial and police academies. She emphasizes the need to protect fundamental rights and constitutional guarantees in these sessions. She is also a sought-after speaker at international and national seminars. (“Presentations”)

This website is not a source or any form of advertising, personal communication, solicitation, invitation or inducement in any manner from us or any of our members/representatives and is not intended to be of such nature. All content in this website is solely meant for informative and knowledge purposes and is not intended to be or is not to be considered or taken as any form of legal advice or information and cannot and shall not be held against us in any manner. The information contained on the website, may be changed from time to time without any prior notice. All the information and / or material contained, presented or found on this website is the copyright of the owner of the said website and any unlawful & illegal dissemination or use of the same is strictly prohibited and will be held against the user. Any transmission, communication, receipt or use of this website does not and shall not constitute or create any legal and/or binding relationship of any nature. No confidential information should be transmitted by the user on or to the website and if such is done, it shall be at the sole responsibility of the sender/user and this website, any representative and/or member of the same cannot and shall not be held liable for the same. The reader / viewer / user agrees and accepts that he / she has read and agreed in full to all the terms and conditions of this website including but not limited to this disclaimer. The user/reader acknowledges that the information and content provided through this website is solely available at the request of the said user / viewer / reader for informational purposes only and is not in any manner any form of advertising, invitation, solicitation.