Her expertise in Criminal and constitutional cases since commencement of practice in 1991 led to handling complex financial fraud cases and white collar offences. Ms. Nappinai is Amicus Curiae before the Supreme Court in Re: Prajwala Letter dated 18.2.2015 (Suo motu Criminal W.P 3/2015), wherein the Supreme Court is exploring Artificial Intelligence enabled solutions to root out uploading of heinous content against women and children online. She was part of the Government Committee formed in the above matter and lent her expertise in formulating proposals. Ms. Nappinai has represented in several other cases before the Supreme Court and various High Courts on constitutional issues.

Ms. Nappinai has presented before the Lok Sabha Parliamentary Committee on Women Empowerment, on Cyber Safety online (2020); She has presented before the National Cyber Security Center, part of the Prime Minister’s Office on India’s proposed National Cyber Security Policy 2020 – 2025; Ms. Nappinai is part of Government Committees dealing with various policy issues on cyberlaws including the Technical Committee constituted by the Supreme Court in Re: Prajwala (supra). She has presented before the first Interdepartmental Government Committee on Cryptocurrencies & Blockchain. She was invited, as expert, on to Government committees on (i). Amendments to Information Technology Act, 2000 (“IT Act”); & (ii). Electronic Evidence and she contributed to the reports for amendments thereto. She contributed extensively to the drafting of India’s Commercial Courts Act, 2015. Nappinai was an Expert Member, Tamil Nadu “State Child Policy Committee” – 2015 – 2016, for formulating the cyber security aspects under the State Child Policy.

An alumna of the Stanford CDDRL Draper Hills Fellowship on Democracy, Development and the Rule of Law, USA (2019); Chevening Cyber Policy, Governance and security Fellowship, UK (and PG Certificate on Cyber Policy, Governance and security from Cranfield University) (2016) and also of the International leadership Program – IPR (IVLP) (2005), of the Department of State, USA, Ms. Nappinai lends her expertise in cyber laws in training and capacity building programs inter alia for judiciary (SAARC and Indian Judiciary), Armed Forces, Police and Intelligence Agencies and Industry verticals inter alia at the National Judicial Academy, National Police Academy and various State Judicial and Police Academies, since about 2003. She has given an inspirational Tedx talk on “Becoming Fearless & Showing Up” (https://www.youtube.com/watch?v=irkBfg1wPdE).

Ms. Nappinai is a prolific writer, whose articles have been published in leading National and International publications. She has authored a seminal book on cyberlaws titled “Technology Laws Decoded” (in 2017), (https://lexisnexis.in/Technology-Laws-Decoded) which has been well received. She conceptualized the curriculum for judicial training of trial court judges across India. She has authored a booklet on “Software Piracy”, for Judicial Training. Her contribution “Rethinking Social Media – Through The Prism Of Freedoms, Liberties & Victim Rights”, to the Festschrift Book for Nani Palkivala titled “Essays & Reminiscences”, published by LexisNexis emphasizes the need for responsible technology (https://lexisnexis.in/essays-and-reminiscences-a-festschrift-in-honour-of-palkhivala).

Her books on Cyber Safety and Emerging Technologies is forthcoming in 2020. Ms. Nappinai is founder of “Cyber Saathi”, an initiative intended to empower through knowledge of cyberlaws, threats and vulnerabilities.

Technology Laws Decoded provides a comprehensive introduction to the various facets of Technology Laws; trends; and the extent to which legislations have kept pace with the super paced growth of Technology. The book explains the interplay of technology with India’s Constitution, crimes, contracts and intellectual property. It examines laws existing in India and other Jurisdictions including the US, UK, EU, Singapore and Australia, developed through legislation and judicial decisions.

The book delves into the procedural aspects impacted by the digital medium i.e., jurisdiction and electronic evidence. Several aspects including cyber policies, cyber terrorism, existing frameworks for cyber warfare and emerging policies on Cloud Computing, Drones and Internet of Things amongst others, are elucidated in the book, with legislative pointers.

Each of the topics covered in the book gives a new twist to the well-established legal principles and concepts and makes the reader think beyond the obvious, that is, not only the applicability of new age laws but also the extent of purposive interpretation of existing laws in India and other jurisdictions. Case studies & International precedents have been set out on areas where law may not have evolved in India. The book will be relevant for Indian as well as international practitioners to understand the varied legal perspectives on the subject across different jurisdictions.

• Provides 360° view of cyber laws through a study of the interplay of technology with different branches of law including: Technology and Constitution; Technology and Crimes, IPR, Contracts;

• Delves into procedural aspects of Jurisdiction and Electronic Evidence, impacted by technological developments;

• Includes comparative analysis of the law in India with other evolved jurisdictions including, where applicable, UK, EU, USA, Canada and Singapore;

• Flow-charts, diagrams and figures have been included to explain Techno-legal aspects and the legal provisions; 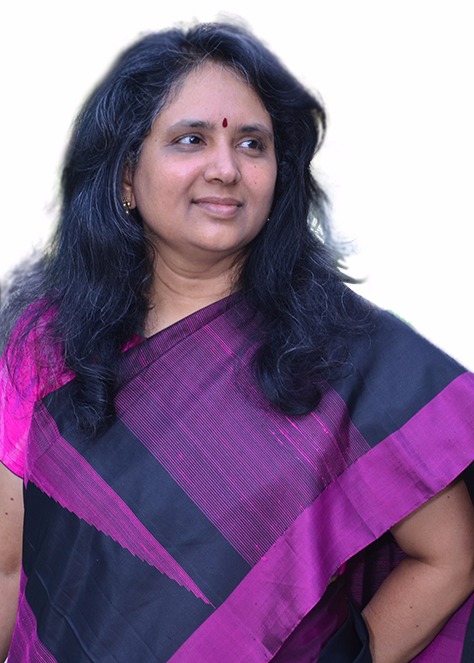 This website is not a source or any form of advertising, personal communication, solicitation, invitation or inducement in any manner from us or any of our members/representatives and is not intended to be of such nature. All content in this website is solely meant for informative and knowledge purposes and is not intended to be or is not to be considered or taken as any form of legal advice or information and cannot and shall not be held against us in any manner. The information contained on the website, may be changed from time to time without any prior notice. All the information and / or material contained, presented or found on this website is the copyright of the owner of the said website and any unlawful & illegal dissemination or use of the same is strictly prohibited and will be held against the user. Any transmission, communication, receipt or use of this website does not and shall not constitute or create any legal and/or binding relationship of any nature. No confidential information should be transmitted by the user on or to the website and if such is done, it shall be at the sole responsibility of the sender/user and this website, any representative and/or member of the same cannot and shall not be held liable for the same. The reader / viewer / user agrees and accepts that he / she has read and agreed in full to all the terms and conditions of this website including but not limited to this disclaimer. The user/reader acknowledges that the information and content provided through this website is solely available at the request of the said user / viewer / reader for informational purposes only and is not in any manner any form of advertising, invitation, solicitation.